Are you deficient in Magnesium? 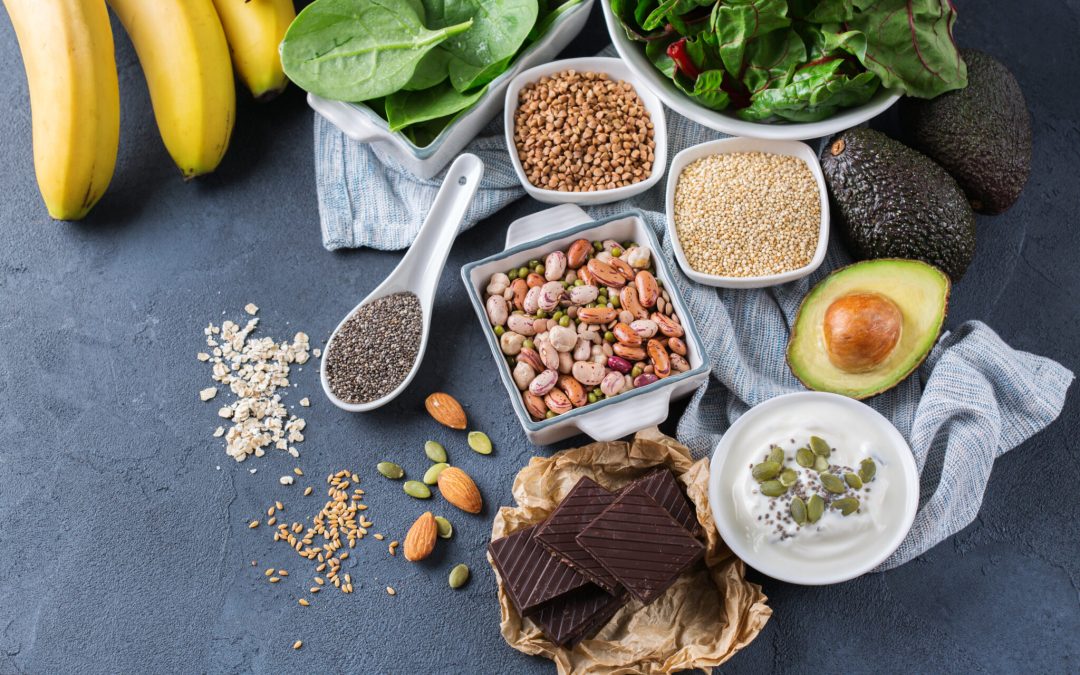 Magnesium (Mg) is one of the most abundant minerals in the body, and the second most abundant intracellular cation (after potassium).  Because the activity of this mineral is primarily within the cells, deficiency can often go undetected by normal serology testing which reflects less than 1% of the body’s magnesium.  Most magnesium within the body is found in the muscles and bones, which is not surprising given that one of the best known signs of possible deficiency is muscle cramps and soreness.

Deficiency in this mineral is much more common than we imagine.

Symptoms of potential deficiency include muscle cramping and soreness, fatigue, insomnia, poor stress tolerance, headaches and increased inflammation.  With magnesium being a co-factor in over 300 enzymes involved in diverse functions from energy production to DNA synthesis.  The impacts of deficiency are therefore wide ranging and will not all be covered in this overview.

According to the World Health Organisation less than 60% of adults meet adequate magnesium intake.

Recommended daily intakes (RDIs) of this mineral ranges between 360 to 420mg, with increasing demand as we age, during pregnancy and lactation and in the presence of certain health conditions, such as metabolic disorders, kidney disease and intestinal disturbances.  Some substances also reduce magnesium status, including alcohol and medications such as paracetamol and antacids.  Not surprisingly, excessive activation of the sympathetic nervous system, as a response to psychological, mental and/or emotional stress, also depletes our magnesium stores.   It is also important to remember that RDIs represent amounts required to prevent deficiency, rather than promote optimal health.

Some key functions and systems reliant on adequate magnesium include:

According to a review published in the Open Heart Journal (2018)  subclinical magnesium deficiency is a “principal driver” of cardiovascular disease and a public health crisis.   This is also not surprising given the established positive connection between magnesium and inflammation, and equally established negative link between inflammation and heart disease.   Published studies on the link between magnesium deficiency and chronic low grade inflammation date back to 1932, with this link being consistently reproduced since interest in this mineral was re-ignited in the 1990’s.

It is also relevant to remember that a large portion of the heart is muscle tissue, known as the myocardium, and therefore Mg is important in the function of this very important muscle and maintenance of cardiac rhythm.   A number of studies have also demonstrated that Mg is effective in the treatment of hypertension (high blood pressure), particularly when combined with potassium and a reduction of sodium.

Another risk factor for cardio vascular disease is Diabetes due to the vascular damage that can occur with prolonged elevated blood glucose.  This risk factor can also be mitigated with adequate magnesium (see below).

Magnesium has also been extensively studied in terms of its therapeutic application for a number of neurological and nervous system conditions.  Stress, migraines and depression have all shown promising improvement through magnesium supplementation.

According to a study magnesium may play an important role in the prevention and treatment of depression and has been shown to raise Brain Derived Neurotropic Factor (BDNF), essential for neuronal survival and synaptic plasticity.  Reduced levels of BDNF have been implicated in depression and even suicide ideation.

Importantly, magnesium supplementation has also resulted in improved sleep quality via a number of mechanisms, such as increasing melatonin and decreasing cortisol.  In a study,  a combination of both subjective reporting and objective parameters described above, concluded that magnesium was an effective sleep aid.  As the importance of good quality sleep cannot be over stated for repair and restoration of all systems, including the nervous system, this is a key benefit.

Magnesium has an important role in carbohydrate metabolism as well as insulin receptor sensitivity, evidenced by a number of clinical trials.  Therefore maintaining adequate levels is crucial in prevention and management of Type 2 Diabetes (DM2) and Metabolic Syndrome.  This mineral is commonly found to be deficient in those with DM2 and implicated in its aetiology.

In a study whereby 6 weeks supplementation with oral magnesium was administered to pregnant women with GDM (Gestational Diabetes Mellitus) resulted in a significant reduction of insulin resistance marker, known as HOMA-IR, along with improved pregnancy outcomes, metabolic status and reduced incidence of newborn hospitalisation and newborn hyperbilirubinemia.

A good place to begin is to be mindful of consuming good quantities of magnesium rich foods, which include:

As always, where possible, whole foods is the best way to obtain dietary nutrients, partly due to the synergistic nutrients provided in whole foods which enhance utilisation.   Supplementation may also be required… we recommend seeking advice from  a nutritionist to assess whether this is necessary and if so, the dosage that is right for you.  In addition, transdermal magnesium has been shown to boost levels.

For a magnesium rich meal or snack, try our super seed crackers topped with avocado. One serve contains 74% of your daily recommended intake! Refer to the below nutrition panel for a more detailed overview.