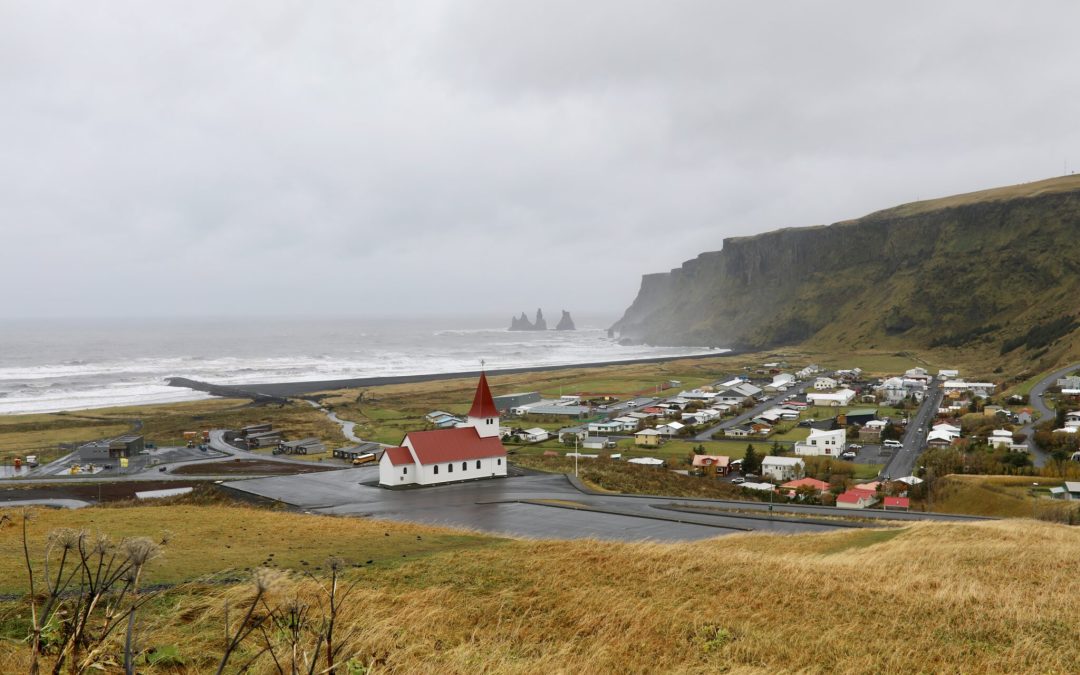 After an extended hiatus, Healthy Luxe is on the move again in search of wonder and adventure.  As a mother / daughter team, with our shared passion for health and travel, we travel both separately and together.   On this occasion visiting the beautiful Iceland, we were together, along with other family members. This opportunity to connect, laugh and share our adventures certainly enhanced our experience.

Often referred to as the ‘land of ice and fire’, the other worldly charms of the small, arctic, volcanic island of Iceland, which we had heard so much about did not disappoint, with the possible exception of the elusive northern lights…. adding to our reasons to re-visit.  We also only had four days, so this post doesn’t pretend to be all comprehensive.

As always on our travels, we wanted to combine the experience with time to relax and slow down.  We also know that Iceland is on a destination list for quite a few people and wanted to share our experience, tips and recommendations, of course including a focus on food and wellbeing.

We began in the capital, Reykavik, at an apart-hotel, Townhouse 41, which we cannot recommend highly enough. The hotel is situated in the centre of Reykavik, on the main street Laugavegur, charming, spacious and filled with character.  The staff were extremely helpful with recommendations.

Reykjavik is quite small and easier to walk around than drive, amongst the colourful houses, browsing boutiques, with many cafe and restaurant options to suit all palates.

Right across the road from Townhouse 41 we discovered this wonderful bakery, serving a selection of breakfast options. We loved everything about this authentic, family run artisan bakery, from the ambiance to high quality and freshness of food and options for everyone, including vegetarian, vegan and gluten free.

A little later we were drawn in to the enticing aroma of fresh Cinnamon buns being made, so naturally we had to try these as well. These buns were vegan and an absolute must-try.

Delicious vegan cafe/restaurant, overlooking the stunning town.  What was somewhat lacking in atmosphere was certainly compensated for with exceptional vegan food.   Take aways are also offered.

A recommendation from ‘Where chefs eat”, specialising in seasonal, local ingredients. The menu showcases freshly baked flatbread with a range of delicious hot dips including mushroom, cauliflower and a baked cheese. Everything we ordered was exceptional.

In a drive of less than 2 hours we arrived at Hotel Ranga, a log cabin hotel, perfectly situated with optimal opportunity to view the Aurora Borealis, should they appear.  Conditions essential to this phenomenon include clear skies and high aurora activity.  There is even an aurora forecast, based on solar wind and geomagnetic data monitored by NASA.

Unfortunately for us, although there was relatively high aurora activity, the skies were not clear.  Nevertheless, enjoying an outdoor hot tub under the expansive sky, was a memorable experience.   The staff were welcoming and food in the restaurant both for the evening meal and breakfast was thoroughly enjoyable.  For dinner, all six in our party chose a local speciality, Atlantic Char (a cross between salmon and trout, wild caught and sourced locally).  There were also vegan options on the menu.

For those hoping to see and capture the Northern Lights, we’d highly recommend reading this Ultimate Step by Step Guide on How to Photograph the Northern Lights. It’s a rare phenomenon so if you’re lucky enough to see it, you’ll want to make it last!

Iceland caters very well to dietary requirements, such as vegan and gluten free, and offer a selection of plant based milks in most cafes, including oat, soy and almond.   There also appears to be a strong focus on seasonal and sustainable food.

As much of the internal areas of Iceland are uninhabitable, there is one main road around the exterior circumference, totalling 1,339 kilometres (832 miles) in length.

The ever changing scenery along the way was both dramatic and spectacular… it is little wonder the landscape has become the backdrop for films such as Game of Thrones.

Adorable Icelandic ponies can be seen frequently while driving in Iceland.  They are very happy to oblige in a photo opportunity and welcome some attention if you can find a safe place to stop.

This was the first of three waterfalls we visited in Iceland.  This one originates from the Eyjafjallajökull glacier, meandering from the eponymous volcano (made notorious for its 2010 eruption throwing European air traffic into chaos) to the Seljaland River before spilling over the precipice to create these spectacular falls.  A distinctive feature is the ability to walk behind these falls allowed a unique and unforgettable perspective.  Even though the distance is quite short, we recommend sturdy footwear and waterproof clothing for this experience.

Our second waterfall experience was the very impressive Skogafoss Falls.  Here it is possible to walk up to the base of the falls, where you can expect to get very wet if you go close enough, and/or hike via a fairly steep staircase to the top commanding sensational views.  In the nearby village of Skogar, there is also an outdoor museum, featuring the characteristic turf houses.  For those with more time, the hiking track between the Mýrdalsjökull and Eyjafjallajökull glaciers we imagine to be spectacular.

Vik is the most southern town of Iceland and although having a population of only approximately 300 people, it is the largest town for some distance in either direction.  The unmistakable and much photographed church and distinctive rock formations (representing the bodies of trolls according to Icelandic Folklore) come into view on the approach to this town.   Vik is also known for its black sand beach and we are told, colonies of Icelandic Puffins and Arctic Terns during the summer months.  These species had departed on their migratory journeys to warmer climates at the time we were there.

Unfortunately we don’t have recommendations for places to eat in Vik as the day had disappeared and dinner, hot tubs and fireplace at Hotel Ranga was beckoning our return.

The following day, en route back to Reykjavik, we visited some of the major sights included in the famed ‘Golden Circle’.

Gulfoss Falls, sometimes also referred to as “Golden Falls”, originating from the glacier Langjökull, feature two majestic cascades of 11 metres and 21 metres, believed to have formed at the beginning of the last age.   The energy generated by these falls is hard to fathom, producing 140 cubic metres of water every second.

The naturally occurring Geothermal region is also a sight not to be missed amongst the attractions within the Golden Circle.  Thought to have come into existence in the 13th century, as a result of a combination of a series of earthquakes and the eruption of one of Iceland’s many volcanoes, The Great Geysir and Strokkur Geysir are within 100 metres of each other.  Whilst the bubbling sulphuric water of the ‘Great Geysir’ can be seen, and definitely smelt, it now erupts infrequently.  However the smaller geysir ejects an impressive column of boiling water 30 metres into the cold surrounding air every 4 to 10 minutes.  There is a clear sense of when Strokkur’s eruption is imminent as the boiling becomes more rapid.

The UNESCO world heritage site of Thingvellir is of high geological, cultural, historical and political importance in Iceland.  It is a key destination within the Golden Circle and unique in that it is the only place in the world where the edges of two tectonic plates are visible above sea level.  The rift between these two plates (known as the Mid-Atlantic Rift) divide Iceland, between the North American and Eurasian tectonic plates.

We recommend Guide to Iceland and Inspired by Iceland as well as Lonely Planet for detailed information and important ways in which we, as visitors, can respect and be aware of ways in which we can impact the preservation of this extraordinary space.

The name actually means “Fields of Parliament” and is the establishment site of the general Assembly, operational between 930 and 1798.

What a finalé!  Our last day in Iceland was spent at the ethereal Blue Lagoon.  It was a special occasion and as such we treated ourselves to a ‘Retreat spa’ day visit.  Expectations were high and yet exceeded.   The intense aqua blue and wafting steam against the backdrop of stark volcanic rock was mesmerising, whilst the heavenly temperature of the mineral rich water soothed the skin and body.  Our four hour visit seemed to disappear in an instant as we alternated between the lagoon, the sauna, steam room and the wellness ritual of cleansing scrubs and masks in the cavernous, subterranean space.

TIP: High levels of silica in the water mean that it is not the best treatment for the hair.  We recommended pre applying protective conditioner and wearing hair up.

After our experience, we recounted our feelings of awe and we indulged in a delicious lunch in the lava restaurant, overlooking the surreal water, steam and volcanic terrain.

We found that everyone in Reykjavik spoke very good English, however don’t expect to find both languages on food packaging etc.

European plugs are used in Iceland.

Icelandic water generally comes from a glacier and is very pure and in plentiful supply.

A good investment is gloves and a beanie, even if you’re travelling early in the cooler months. We were there in early October and warm clothing was an essential.

On the main street Laugavegur, free parking might be hard to find. The main church of Reykjavik, Hallgrimskirkja, has free parking but the spots are taken quickly. Hallgrimskirkja is around 5-minute walk away from the centre.  The charged parking zones are divided into zones P1 (320 ISK per hour), P2 (170 ISK per hour), P3 (170 ISK for first two hours and 50 ISK per hour thereafter). Ie, the closer you are to Laugavegur, the more expensive it is per hour. Charging hours are Mon – Fri 09:00-18:00 and Sat 10:00-16:00.  You have to put in the license plate number of your car and there is no need to print out the ticket and display. The city is relatively small, so even if you park in zone P3 you are still in 2 – 3 minute walking distance from the centre. There is also a parking app called leggja which is an easy way to pay for parking.

Iceland, particularly in the winter, can be hazardous on the roads and it is important to remember that the island is largely uninhabited, with most people (over 90%) of the small population (of under 350,000) living in the cities, primarily Reykjavik. I can’t recall another destination where the landing spiel included so many references to the emergency number, being the international emergency number, 112.   It is therefore important to be properly prepared for conditions, be mindful that it can be some distances between towns and services, including fuel; take note of the emergency number and ensure sufficient charge on phones, in case of events such as breakdowns etc.

We hope this helps you plan your Icelandic adventure. Find more of our travel reviews here!