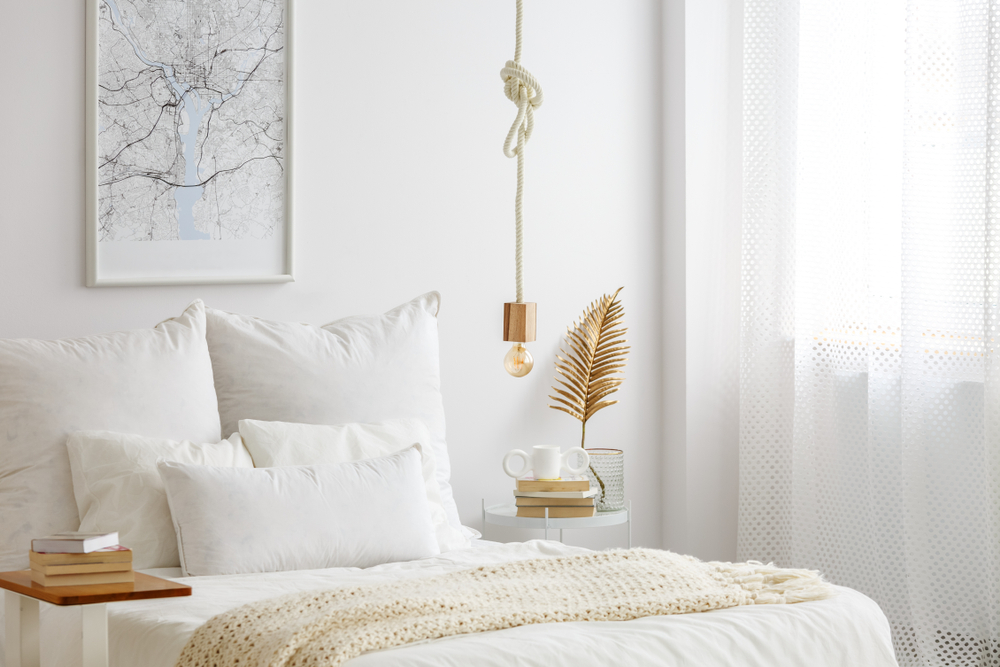 Sleep is something we spend much of our lives doing, it is when we rest, repair, restore and detoxify.  It is not surprising therefore, for an extended period of time without adequate sleep can have serious implications on our health and wellbeing, both physiologically and psychologically.  Healing can only occur when our bodies and minds are resting and our nervous systems are in a parasympathetic state.

Most people have experienced sleep deprivation at some stage, even for short period of time, whether due to work, study commitments, noise, having a young child, caring for a sick child, parent, partner or friend, due to hormonal reasons, jet lag, shift work or perhaps most frustratingly, as a result of experiencing those persistent racing thoughts that deny us restful sleep.  Whatever the cause, we know how debilitating it can be.

We probably didn’t need scientific confirmation that going without sleep, both qualitative and quantitive, is not conducive to our wellbeing.   Insufficient or poor quality sleep has been described in medical journals as a significant and pervasive problem in modern society with serious consequences.  Just a few examples include increased risk of metabolic disorders, including diabetes, obesity, impaired cognition, memory and focus, leading to an increase in accidents, and mood disorders.   Studies have also shown biochemical changes such as alterations in inflammatory markers and reduced immune function (including increased susceptibility to upper respiratory infections), as published in the Journal of American Medical Association.

A little about sleep

Our sleep comprises a series of cycles of REM (Rapid Eye Movement) and non-REM sleep, each cycle taking between 1.5 and 2 hours to complete.  During these cycles there are various changes in our electro physiology, neurochemistry and brain wave activity.  As we move from wakefulness, and faster brain waves, Beta, we transition to to Alpha, to Theta and then the slow wave frequency and deepest sleep of Delta.  All of these stages are important and have their roles in repair.  The cycle then enters a short phase of REM sleep where brain waves return to alpha and beta.  This is where dreaming and emotional resolution occurs.  During REM sleep our muscles are paralysed and when people wake whilst still in this part of the cycle, may temporarily experience this paralysis in their conscious state, which can be frightening.

Important roles of sleep include:

We don’t want to spend too long on the dire consequences of chronic lack of sleep but rather focus on ways to improve sleep quality.

Things we can do to improve sleep and why

Avoid looking at screens for an hour before bed.

We are all exposed to unprecedented levels of artificial light, such as fluorescent lighting, LEDs and blue light. These lights are known to interfere with our circadian rhythm, sometimes referred to as our biological clock, which includes our sleep, wake cycles.  As a consequence, poor sleep may result.   To compound this exposure, we are also now spending an ever increasing amount of time on our digital devices, such as mobile smart phones and laptops.  These screens emit light at wavelengths ranging from 400nm to 500nm, known as “blue light”.   This light is of particular concern after sundown.   A study published in the Journal of Clinical Endocrinology & Metabolism, found that blue light is a powerful suppressant of melatonin, the hormone associated with sleep, playing havoc with the circadian rhythm, rendering us unable to distinguish night from day.   This confusion occurs when the blue light is perceived by the retina.  In the aforementioned study, participants exposed to blue light had increased levels of alpha brainwaves (8 – 12 Hz), associated with alertness, whilst melatonin was suppressed by almost 85%.

Ensure the room in which you sleep is as dark as possible.

Melatonin is an neurotransmitter with an important role in the maintenance of the circadian rhythm and sleep. The mood neurotransmitter, serotonin, is converted to melatonin in the pineal gland within the brain and the activity is enhanced by darkness.

Minimise electrical equipment in the bedroom.

This includes televisions, clock radios and, of course, computers.  EMF has been linked to poor sleep, along with mood disorders such as depression.   Read more on ways to reduce Electro Magnetic Frequency exposure here.

As much as possible go to bed and wake up at a similar time.

Such as taking a magnesium bath, listen to a meditation / relaxation track, read a book.  This helps create a neurological association between this activity and sleep.  Meditation and relaxation tools also facilitate a slowing of brain waves in preparation for sleep.

Such as a turmeric latte or chamomile tea.

This can reduce REM sleep and contribute to circadian rhythm and sleep disturbances.

Caffeine is a stimulant and for most people it is best avoided in the afternoon.  Remember that coffee is not the only source of caffeine.  Green tea is quite high in caffeine.

Stress and worry can have a a profound impact on our sleep, as the nervous system activates the survival mechanisms due to perceived threats to safety.   In turn, lack of sleep can also adversely impact our emotional regulation.  In addition, chronic stress and dysregulation of the nervous system, leads to excess cortisol production (from the adrenal glands) which is commonly associated with insomnia.