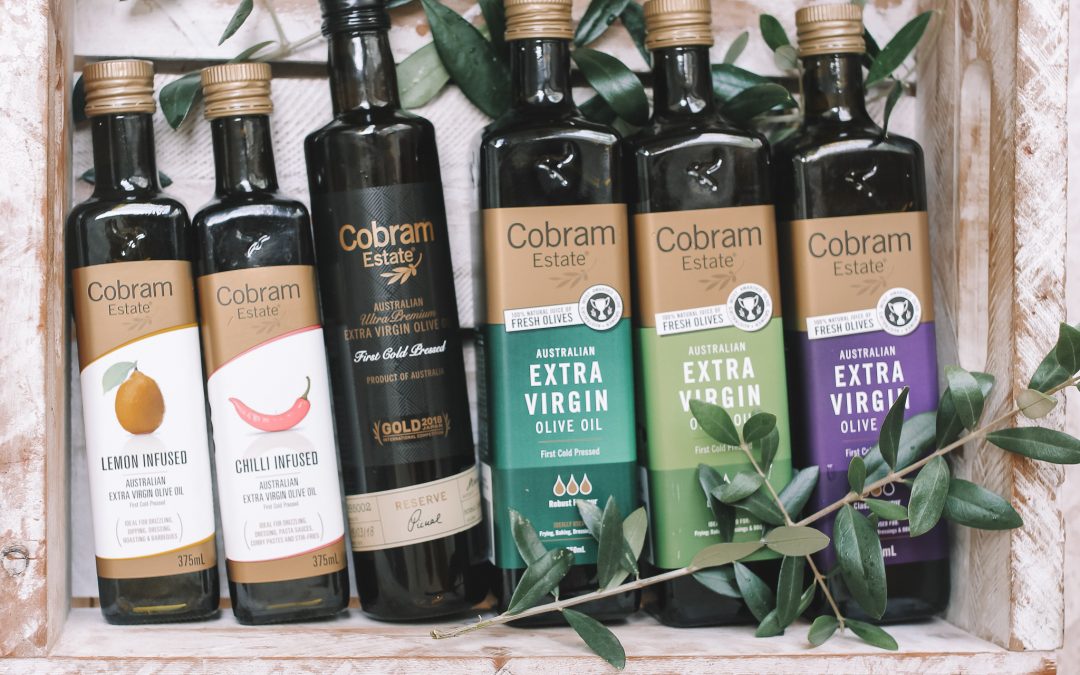 Extra Virgin Olive Oil (EVOO) is a major feature of the Mediterranean Diet, consistently regarded as one of the world’s healthiest diets.

There is also some controversy surrounding EVOO, and some less well known facts…

In order to ensure you are purchasing genuine, high quality EVOO with minimal processing, look for a quality certification on the bottle, for example, in Australia this is the sign to look for:

One of the best ways to enjoy EVOO is in its natural state, added to salads or with sourdough bread. This is both for flavour and maximum retention of valuable nutrients and anti-oxidants. Some components of EVOO which are partially degraded with heat are chlorophyll, Vitamin E and certain phenolic compounds, including oleocanthal, The biological activity of oleocanthalis thought to bereduced after prolonged heating (90 minutes), however is largely retained during normal heating and remains heat stable.

That being said, we do, however, also use EVOO in cooking as it is high in stable monounsaturated fat, low in unstable polyunsaturated fat and exceptionally high in natural antioxidants. This provides significant protection against degradation to toxic compounds when heating. Despite popular belief, smoke point is not a good predictor of how stable an oil is to cook with.

This is supported by a recent Australian study published in the ACTA Scientific Nutritional Health Journal (Guillaume, C, et al), which looked at the main cooking oils in Australia and tested what parameters best predicted an oils heat stability and susceptibility to breaking down and forming harmful compounds called polar compounds. It was concluded that EVOO was the most stable oil to cook with and that smoke point correlated poorly with an oils heat stability.  A number of other studies also support the heat stability of EVOO in cooking.

Other factors to take into consideration include the potential alteration of the foods being cooked in oil. Application of heat to any substance will change the molecular structure in some way. Some nutrients may be lost and some may be enhanced. For example, whilst there is generally some nutrient loss of whatever we are cooking, some phyto-nutrients, such as lycopenes in tomatoes, are enhanced when cooked in olive oil. Interestingly, research has also shown that the overall antioxidant content in certain vegetables, including tomatoes, pumpkin and eggplant, is not only conserved, but enriched when cooked with extra virgin olive oil.

It is important to use EVOO quite quickly, that is consume within 4-6 weeks of opening and 12-14 months of harvest (check harvest date on bottle). Choose an EVOO that is in a dark glass bottle or tin to protect it from light.

One of our favourite, most flavoursome EVOOs, Cobram Estate, is produced here in Australia, made with olives also grown in Australia and pressed within 4-6 hours of harvesting. Their website contains a wealth of information about all stages of production, culminating in a superior tasting product, packed with health benefits.