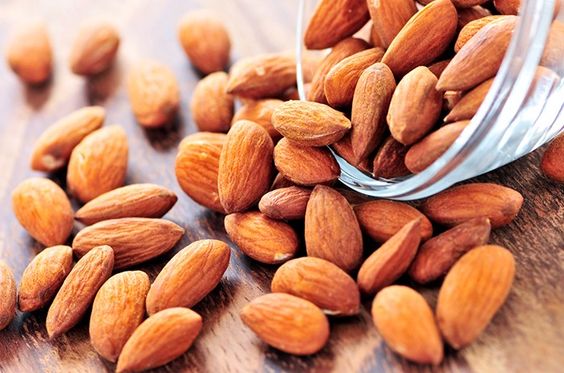 One of the most common questions we are asked when doing a food preparation demonstration is “why soak nuts/seeds?”. People also often ask about activated nuts/seeds, what they are and why are they better.

Some experts will say soaking nuts/seeds is a must whereas others say this is a ‘myth’ and absolutely not necessary… So it is little wonder people are confused.  However, context and individual considerations are always important.

The primary rationale for soaking nuts and seeds is to improve digestibility and reduce the ‘anti-nutrients’, including substances such as phytic acid (also known as phytates), certain lectins, tannins, oxalates or enzyme inhibitors.

The term anti-nutrients refers to substances that reduce the availability or absorption of certain other nutrients, particularly minerals such as iron, zinc and calcium.  Gluten is an example of a lectin, which for some people leads to the destruction of the villi in the intestines and severely impacting nutrient absorption.  This condition is known as coeliac disease.

All plants contain both valuable phytochemical nutrients as well, and even some so-called ‘anti-nutrients’ contain some beneficial compounds.   Lectins in avocados are healthy, for example. Individual sensitivity and dose play a role.

The activating process involves dehydrating the nuts at a low temperature (either in an oven or dehydrator) over several hours. This follows on the soaking process, which is generally 3 to 12 hours.

Another frequent question heard by practitioners is “I eat a healthy diet, why am I still sick?” or “why am I not losing weight?”

Whilst these questions obviously require some investigation, looking at so called anti-nutrients in the diet would be one avenue to explore, in terms of whether this has led to a nutrient deficiency, too much acidity or another underlying cause of illness.  As lectins have also been reported to interfere with the hormone leptin (involved in energy balance) and may lead to leptin resistance, this factor may also contribute to difficulty in losing weight.

According to Dr Gundry, as documented in his book ‘The Plant Paradox’, lectins may be a contributing factor in the aetiology of a number of conditions from auto-immune diseases to arthritis.

If Dr Gundry’s hypothesis is correct, then no amount of analgesic, anti-inflammatory or other medication is going to effectively treat the condition whilst the ‘poison’ is still being consumed.  It cannot cause harm to experiment with a significant reduction of these substances by avoiding certain foods and preparing others, for example by soaking.  It is well known, for example, that beans (such as kidney beans) must be soaked and then cooked adequately to avoid food poisoning.  Lectins and phytates are unlikely to cause an acute food poisoning episode, however when consumed in high doses, or in those more sensitive to these substances, other more chronic health conditions may result.  It is important to remember that whilst lectins may be problematic for some people, the herbicide glyphosate (round up) which is sprayed on a significant amount of our produce and even used as a drying agent for grains such as wheat, is a poison for all.