What you need to know about popular diets 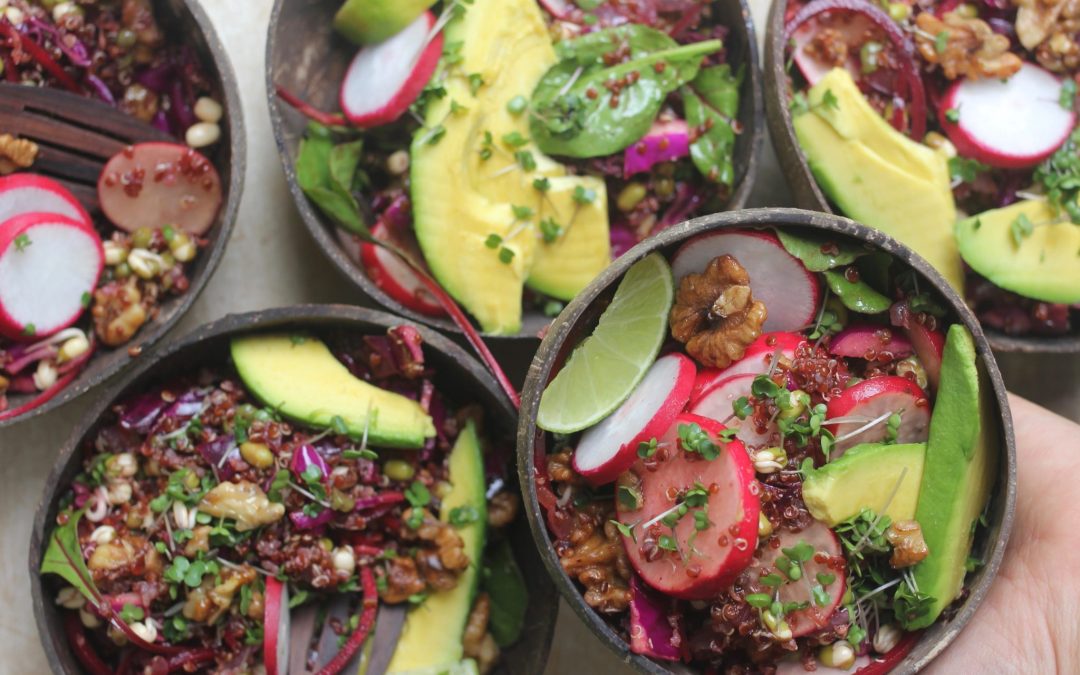 It is no wonder people are confused about what to eat or not eat. Following on from our ‘one size doesn’t fit all’ article, we explore some of the current popular diets and provide a snapshot into each.

Some advocate quite different strategies, for example GAPS diet is mostly cooked, whereas raw food diet is never cooked. Another example of difference relates to grains. Whilst there is obvious agreement in relation to necessity to avoid gluten for those with Coeliac Disease, there is a lack of consensus where grains are concerned for the wider community. The most appropriate dietary regime depends upon the individual.

Whilst for most people a balanced approach is best, sometimes people need to go beyond a ‘healthy’ diet in the case of chronic illness and severe intolerances. In these cases it is difficult to know which to pursue.

For example, when people experience dietary symptoms when on healthy diets, it may mean that a poorly absorbed molecule within the food is causing the problem (eg salicylates, amines). For any chronic health condition is it recommended to seek professional advice in choosing, implementing and monitoring a particular diet.

This list by no means comprehensive but is intended to give a brief overview of a few diets, the philosophy behind them and primary foods that are encouraged or discouraged.

GAPS was designed for people with severely compromised digestive systems manifesting in other symptoms, particularly neurological and immunological. It requires skilled management (including appropriate supplementation with probiotics, essential fatty acids and enzymes) and strict compliance – making it difficult to follow outside of a clinical environment. It requires a significant commitment too: you’ll need to stick to it for at least 2 years before other foods can be introduced.

The Paleo Diet (short for Palaeolithic) promotes a diet similar to pre-agricultural civilisations, where food was obtained by hunting, gathering and fishing. Also called the Primal or caveman diet, it’s gained popularity due to advocacy by celebrities.

Principles: Improve digestion and the ability for your body to access nutrients by not heating food over 41 degrees celsius.

Some good principles, e.g. avoidance or minimisation of commercially processed foods is certainly recommended. Some raw food is desirable for most people. However, for those with compromised digestive systems, this diet is not recommended. Certain nutrients, such as lycopene (found in tomatoes) are more accessible to the body as a result of cooking). Cooking also destroys dangerous bacteria that may occur in meats, eggs etc.

Principles: Man should not rely on ‘exploitation of animals’.

This diet is low fat, high fibre and is very restrictive. It is usually followed for ethical reasons more than for health. It has been reported to have health benefits however this needs to be considered from a nutritional perspective. It requires careful assessment to ensure sufficient nutrients, especially iron, protein, Vitamin B12. Vitamin B12, for example, is not found in sufficient quantities in non-animal products, meaning that without supplementation vegans (and breast fed babies of vegan mothers) are highly likely to become deficient in this nutrient which is essential for healthy red blood cell formation and neurological function.

Principles: Adapted from the Specific Carbohydrate Diet, it avoids particular foods that are easily fermentable in the gut, leading to bloating and functional gut symptoms.

Well supported by scientific literature, this diet is specifically prescriptive for those with diagnosed IBS (Irritable Bowel Syndrome).

Fermenting originated as a way of preserving vegetables. It helps maintain a healthy alkaline/acid balance in the body and maintains healthy gut flora.

This is not a stand alone diet, but an increasingly popular addition to a health conscious diet to restore gut flora. Healthy gut flora is essential to health. For some though, repair work may be necessary, together with probiotic supplementation, before the gut can tolerate some of these foods.

Principles: To reduce the intake of salicylates for people who are sensitive to them. Salicylates are naturally occurring chemicals found in plants and are synthetically produced for medications (aspirin).

Intolerance to salicylates can manifest in a wide range of symptoms and is particularly associated with hyperactivity in children. Other potential symptoms are digestive disturbances, migraines and hives. Symptoms may be as a result of a cumulative effect, or if there is sensitivity, a reaction to even a small quantity of salicylate.null

Because salicylates occur in foods generally considered to be healthy, it may not be thought of as a potential source of sensitivity. Salicylate sensitivity may co-exist with amine sensitivity (including histamine intolerance). Amines also occur in many foods and are particularly high in meats that are not fresh and fermented foods such as cheese. Symptoms may be similar. As symptoms are so wide ranging, and nutritional balance needs to be maintained, the help of a nutritionist is recommended.

Principles: Originally designed for those with auto-immune disorder, Coeliac Disease. This condition is now more prevalent, as is gluten intolerance.

The auto-immune condition known as Coeliac Disease causes a destruction of the villi in the small intestine when gluten, or gliadin is consumed. This results in severe malabsorption and malnutrition. Excess gluten for those without an immunological response to gluten, can lead to increased intestinal permeability (known as leaky gut), potentially setting up a number of digestive disturbances and higher propensity to allergies.

Within all of the above, however, there are a few common themes (or at least not conflicting) such as…

Another important factor which has been mentioned in previous articles is to allow time to rest and digest. When we eat on the run, or when stressed, our sympathic nervous system is dominant and does not allow optimal digestion.

If we can begin by trying to be mindful of the above principles, this is a positive start towards good health. Equally being more mindful of the ways in which foods impact us, perhaps by keeping a food diary, can also help develop an awareness of our own individual responses to different foods.