The link between nutrition and depression 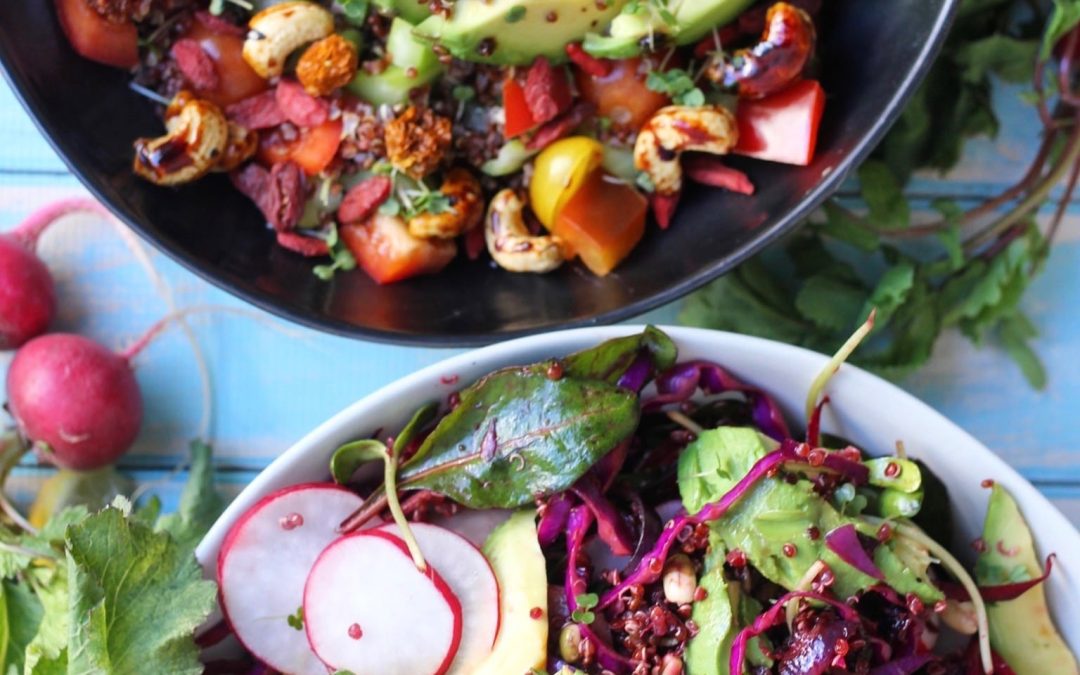 Every year, on 7 April, World Health Day commemorates the establishment of the World Health Organisation and focuses on a particular health issue. This year, 2017, the issue is depression.

We all know depression is a condition that has debilitating and sometimes devastating consequences. The symptoms range from sleep disturbances, poor concentration and general apathy to pervasive feelings of worthlessness and suicide ideation. It impacts all areas of life from the workplace to relationships and is often a lonely place. Very closely related are stress related conditions with the WHO declaring these as the epidemic of the 21st century. Yet, despite it’s pervasiveness in society and growing awareness, there is still a reluctance to seek help and a perception that doing so can be interpreted as being somehow defective. Here we look into how our diet impacts not only physical, but also mental health. That is, the link between nutrition and depression.

An increase in Government spending in this area has not translated into a decline in the prevalence of this condition. Although there are a number of contributing factors in the development of depression and anxiety, as well as a number of other mental health conditions, there has been little attention to diet. We continue to look to a myriad of possible medications whilst completely ignoring nutritional status. In simple terms, we cannot synthesise the neurotransmitters we require (such as serotonin and dopamine) without the necessary raw materials (ie nutrients).

Whilst the intricacies of the neurochemistry may be complex, the interconnectedness and essential role of nutrition is clear. A correct ratio of fats is also of critical importance… there is a good reason that fish is often described as ‘brain food’, as a result of it’s high omega 3 content (DHA and EPA)… that is as long as it is not farmed and is not high in mercury. The anti-fat campaign that began in the 70’s had ingrained the notion that all fats are unhealthy, leaving many deficient. As we have discussed before, this anti-fat propaganda paralleled the ever increasing addition of sugar into our diets. Only now are the devastating consequences of this becoming more widely understood. The impact of this sugar addiction on brain health cannot be understated. The inflammation in our gastrointestinal system, as well as dysbiosis (gut flora imbalance) caused by poor diet, compounds this further. However, as mentioned already, despite the wealth of research in this area, the nutritional approach has not been widely adopted, preferring instead to use medications as first line treatment.

Some of the important nutrients required for optimal mental health include:

– Nutrient Dense foods that include co-factors for neurotransmitter production, for example:

– Omega 3 (DHA /EPA) from high quality marine sources. For example wild caught Alaskan Salmon, or New Zealand King Ora Salmon. Omega 3 (ALA) is also available in plant form, however do not convert to DHA/EPA in high amounts. Nevertheless, this form of omega 3 is very important. An example of an excellent source is chia.

*A good quality supplement could also be required

Ensure sufficient Vitamin D intake: Deficiency of this nutrient is common and is often implicated in depressive illnesses. One of the most effective ways to achieve this is through adequate sun exposure, which is becoming more difficult due to the harmful nature of some of the sun’s rays, leading us to block all exposure. Some skin types also make sun exposure difficult. If a blood test reveals low Vitamin D, then a supplement may be required.

Given the important deleterious effect of inflammation on our brain health, it is not surprising that foods that assist in decreasing inflammation are likely to improve mood.

Foods which are anti-inflammatory:

– Turmeric: This food was the most googled word in 2016, and has so many benefits that a whole article could be written on it. Importantly in this topic though, as well as it’s anti-inflammatory properties, there are a number of studies (using curcumin, a compound within turmeric) providing some promise of natural anti-depressant activity and treatment in a number of neuropsychiatric disorders, including anxiety, depressive and bipolar disorders. Turmeric can also assist with sleep, an essential factor in brain recovery and detoxification.

– Saffron: Studies and a number of promising trials have shown this spice to assist with both anxiety and depression

– Chocolate: That is, as long as you are choosing organic raw cacao variety which has not undergone extensive processing before being laden with sugar. Cacao is rich in anti- oxidants, magnesium and flavanol compounds that increase the production of neurotransmitters serotonin and dopamine. Choose one with minimal natural sweetener, such as coconut nectar, with a high percentage of cacao (> 90%)

Read more about the link between gut health and brain function here.

*Note: these foods need to be introduced slowly and some will require the guidance of a nutritionist due to individual variance, particularly when there is already severe dysbiosis

– Sleep hygiene: Try to go to bed and get up at a similar time; ensure room is dark when sleeping and artificial light is blocked out; don’t use electronic devices close to bedtime or keep near bed; avoid stimulants such a coffee and green tea

– Music: Listening to music we like changes our physiology

– Mindfulness: Simply noticing breathing, being aware of filling lungs, including the upper and side aspects of the lungs. Mindfulness helps us learn to regulate our nervous systems.

– Ensure sufficient water intake: Staying hydrated is essential to all systems in the body