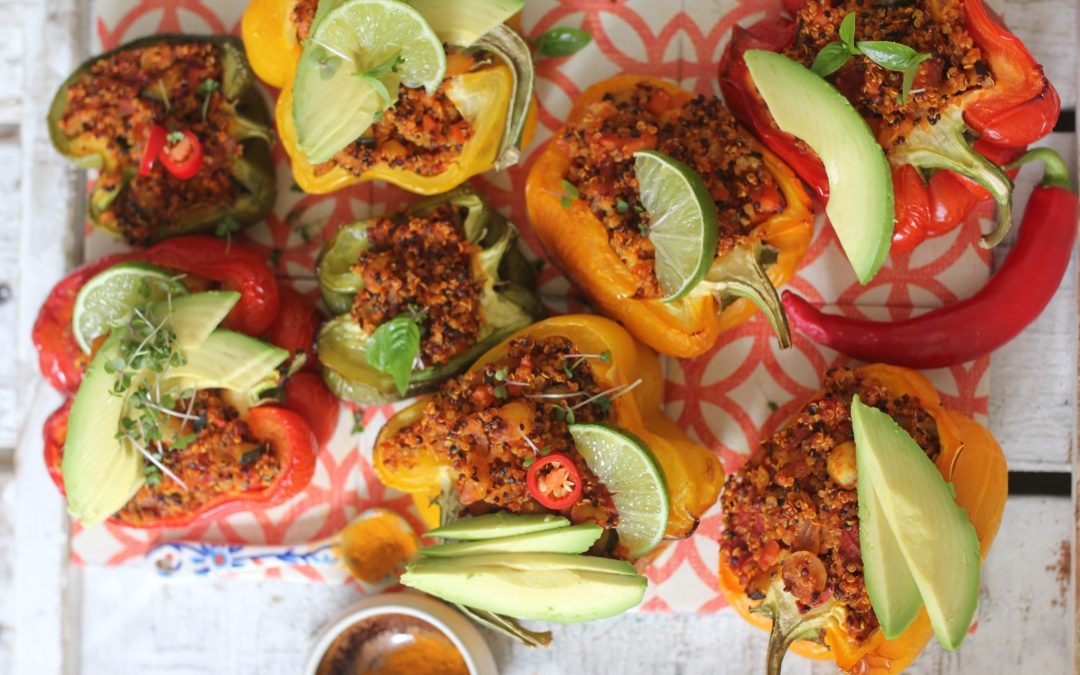 Given the popularity of the gluten free diet and paleo diets, we thought it was time we dedicated a post to this controversial protein. Gluten is the collective name for proteins found in grains such as wheat, barley and rye. The name is latin in origin and means ‘glue’, aptly describing it’s characteristic properties.

One only needs to think of paper mache to demonstrate this feature. Given that a simple mixture of wheat flour and water has the ability to bind newspaper and harden into a plaster like end product, suggests that it may be worth at least questioning whether it is good for our health to be consuming such vast quantities, especially with much of today’s wheat containing significantly more gluten, often with additional harmful chemicals such as glyphosate (round up). The substantial reduction in recommended grain intake in the recent (2015) revision to the food pyramid is, in some ways, an acknowledgement of this. That is, the previously advocated 11 servings of grain products has been drastically reduced, along with a recommendation towards whole grains rather than processed.

Finding gluten free products was once a significant challenge for those requiring to avoid this protein for known medical reasons. That is, those suffering with Coeliac Disease (CD), an auto-immune disorder whereby gluten (particularly gliadin) triggers an inflammatory immune response which destroys the small villi inside the intestinal walls, leading to severely impeded nutrient absorption and consequent nutrient deficiency. The symptoms may be acute, for example diarrhoea and abdominal pain with even minute quantities of gluten exposure, or there may not be any obvious symptoms for a number of years. In all variances of symptom presentation there will be long term consequences with persistence in consuming gluten for CD sufferers. Even traditionally not gluten containing grains, such as oats, may be problematic for CD sufferers. This may due to possible contamination with other grains, or as a result of a similar auto-immune reaction to the principle protein in oats, being avenin.

Not so long ago, gluten free (GF) products were obtained by prescription for CD sufferers, whereas today, menus usually offer ‘GF’ options and there is a broad range of these products available in supermarkets, often found in the ‘health food isles’, which can be misleading as the absence of gluten does not necessarily make products healthy. They could easily be highly processed, high in sugar and preservatives and low in nutrients.

Increasingly I am reading articles that suggest some CD sufferers have been critical of non coeliacs for choosing not to eat gluten for ‘lifestyle reasons’ and feel that it trivialises the seriousness of their illness. Apart from the fact that there are demonstrable benefits experienced by many when avoiding, or at least reducing, gluten intake, and the fact that everyone should be at liberty to choose what substances they put in their bodies, an overlooked positive to this growing trend is the widespread availability of gluten free products that did not exist before this shift. Some say it is a ‘fad’ that undermines the efforts restaurants go to in order to provide these options. The reality is that the restaurants rarely went to these lengths before ‘gluten-free’ became so popular, and that these efforts are at least partially commercially driven decisions to cater to this increasing population. There have even been articles placing the blame of misleading labelling (in terms of gluten content) on so called ‘gluten free lifestylers’. There may be an element of truth in that claim, and it is also fair to say that CD sufferers do not have the luxury of choice when it comes to eating gluten free. However, inaccurate or misleading labelling is surely the responsibility of the product manufacturer, and the regulatory authorities. Equally, restaurants are responsible for ensuring food is gluten free when claimed to be, not the consumer. As individuals, we have a right to accurate information in this regard, just as we have personal responsibility for our food and health choices.

The popularity of the gluten free trend has also led to significantly more research in the field and there is much we don’t know, so again, criticising the ‘non gluten lifestylers’ does not appear to be constructive to anybody. We believe most people choosing gluten free are making very conscious decisions based on their own responses and their own research. It is important to recognise that we all have vastly different biochemical makeups, influenced by a multitude of epigenetic factors (meaning, in simple terms, a combination of genetic susceptibility and environmental influences triggering the expression of those genes).

The debate can become vitriolic and the plethora of information very confusing.

There is consensus though on the importance of avoiding highly processed grains, allowing for a few guideline recommendations for those who do not have a CD diagnosis but wonder whether gluten may be a source of their symptoms. These guidelines are:

It is estimated that many people with CD are undiagnosed, so if you are concerned about this possibility, or gluten sensitivity, ask your doctor for a blood test checking for antibodies to gliadin. Your doctor will then assess whether further investigation is required.

Interested in the topic of gluten? Read our article Gluten free: it’s not just for coeliacs.