The Food Cycle: Hope for the future 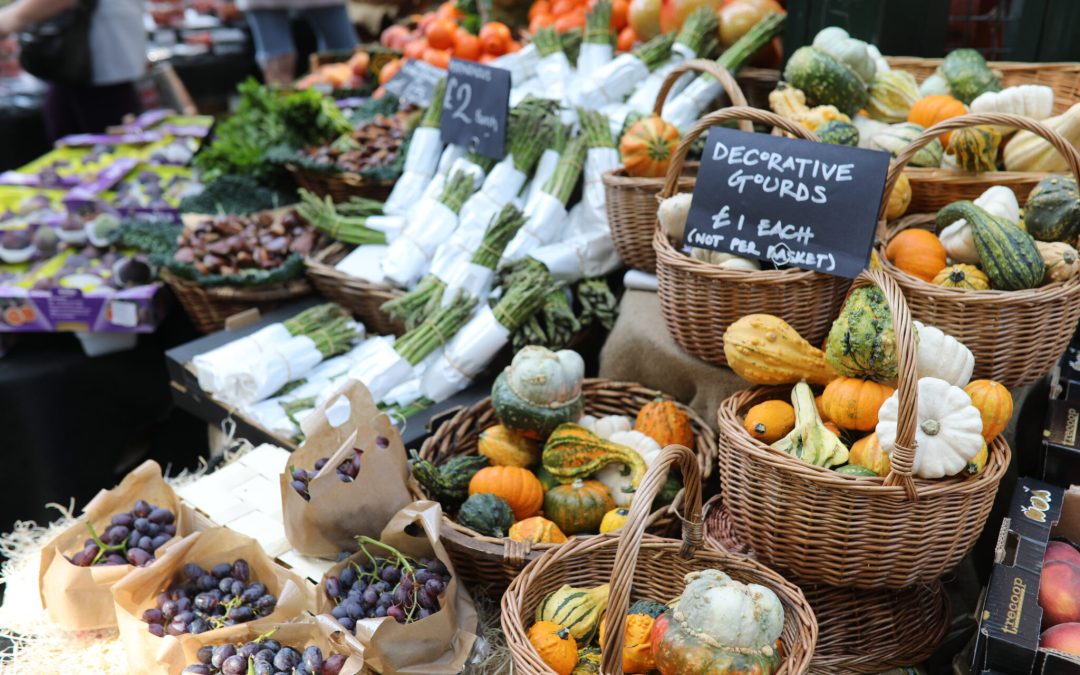 As we all become more conscious of the way we have taken our planet and its resources for granted, as well as the havoc this has wreaked, it is easy to become despairing about our future.  We are now challenged to repair the damage and look for solutions, requiring a very different way of thinking to that we have learnt over the past decades, when we have slowly but surely lost connection with all aspects of the food cycle and broken the laws of nature along the way.  It is also important to remember that sourcing, preparing and sharing of food is a way in which we connect with each other.

This message was succinctly conveyed in the thought provoking exhibition, ‘Bigger than the Plate’ at the Victoria & Albert museum in London, curated by May Rosenthal Sloan and Catherine Flood and sponsored by Baxter Storey.  This exhibition brought together an eclectic mix of farmers, chefs, scientists and inventors as well as artists and designers to help illustrate these ideas, all with a common goal of finding ways to reconnect with and transform the food cycle.

The intention of the exhibition is eloquently announced upon entry as follows:

Food connects us – to each other, to our culture, and ultimately to nature, shaping the world we live in.  We depend on food to survive, but much more than that, it gives us pleasure, stirring memories and feeding emotions.  Yet some of the biggest issues we face globally – from climate change to workers’ rights and public health – stem from how and what we eat.  And as the distance between the field and fork widens, many of us feel detached from our food, often not knowing where it came from or how it was produced.

Today, desire is mounting for a food system that is more sustainable, fair and delicious.  As technology is reinvented and societies transform at an unimaginable pace, now is the moment to decide what kind of food future we want.  What could it look like? And taste like?

This philosophy and questioning has never been so urgent.

Interestingly, at times of food shortages during the Second World War, the British Government led a “dig for victory” campaign using the slogan “Use spades, not ships” along with the image below.  The purpose was to encourage people to grow their own food, to which the population responded, transforming their gardens and parks into vegetable patches.

Unfortunately, after the war, there was a stark shift away from growing our own food, towards industrialising food production.  We have written on this issue previously, particularly with regard to herbicide use. Now, we have ships transporting food around the world, even for processing. Frozen berries are an example, whereby berries can be grown in one country, processed in another and sold in another.    Apart from being extraordinarily wasteful on an environmental level, this practice continues to result in hepatitis outbreaks around the world, most recently just this year (2019).  We even ship waste to other countries, who quite often send it back, therefore causing more waste and unnecessary emissions.

The consumerism mindset, without regard for waste gradually became entrenched in our culture. The symbolism of this is boldly depicted in a graffiti stencil, known as “shop til you drop” by the world’s best known (yet anonymous) graffiti artist, Banksy (whose works invariably carry a political message) in the heart of London’s exclusive Mayfair district.

The ‘Bigger than a Plate’ exhibition was another way in which art gives expression to a global crisis.   However, whilst it provided education on some of the consequences of industrialised food production, and the ways in which we have exploited animals and humans, there was also a focus on solutions, combining wisdom of past practices and respect for nature, as well as debating innovative ideas on food production of the future.   For example there were novel alternatives to plastic production, such as seaweed derived ‘plastic’ bottles that are actually edible .  Mushrooms could also be seen growing inside the exhibition, using coffee grounds from the V&A café as a medium.  Another fascinating installation, although disappointingly not working the day I was there, explored ways in which technology could help us communicate with plants.  More on this on Project Florence.

There was also a tasting opportunity  (which was a sensory rather than satiating experience) of a canapé designed according to preferences in their interactive ‘LOCI Food Lab’ described as “a travelling food cart for prototyping, serving and debating a range of bioregional food futures at different sites around the world.  A bioregion (aka ecoregion) is an area defined by its environmental features like flora, fauna, watersheds, soil and terrain rather than political boundaries”. We were tasting from the bioregion of “English Lowlands Beech Forests”. My tasty morsel, designed on the chosen criteria of nutritious, delicious and vegan (the latter chosen largely due to not being adventurous enough to find out what a non vegan option may be) consisted of:

Revitalised Relish (tomatoes too ugly for local restaurants and supermarkets)

This exhibition made me think of one of our favourite places to visit in London, the vibrant and bustling Borough Markets near London Bridge.   Thought to have been in existence for over 1000 years, these are London’s oldest food markets and have not only tremendous historical significance, but represent a microcosm on how our future could be.

Borough Markets in London exemplifies reconnection to where our food comes from, a gathering of food growers, artisan producers, reminiscent of times gone by, when a trip to the market was an occasion for social interaction as well as a sensory experience, followed by opportunity for creativity in the kitchen, connecting with others in both the cooking and sharing of food.

Throughout the extensive Borough Markets there is a focus on ‘slow food’, honouring tradition, low impact farming, sustainability, with a minimising waste philosophy.  Surplus food is never wasted, being either distributed to charities, or, unusable food is sent to a plant whereby microorganisms break down the waste, transforming it into fertiliser, power, even water.  The latter is an example of ways in which Borough Markets not only honours the wisdom of the past, but is also progressive and innovative.   Crowds of people are drawn to these iconic markets every day, particularly full market days from Wednesday to Saturday.

Any plastic used is biodegrade or compostable and all traders must demonstrate their commitment to sustainability.  In addition, Borough Markets also host regular ‘Food Futures Markets’ for innovators to showcase their ideas and gain valuable feedback from other traders and shoppers.

All of this provides hope for the future, as well as ways in which we, as individuals, can make a difference by making more conscious choices with regard to our consumption and disposal of food.  It comes back to the many levels of being more connected.