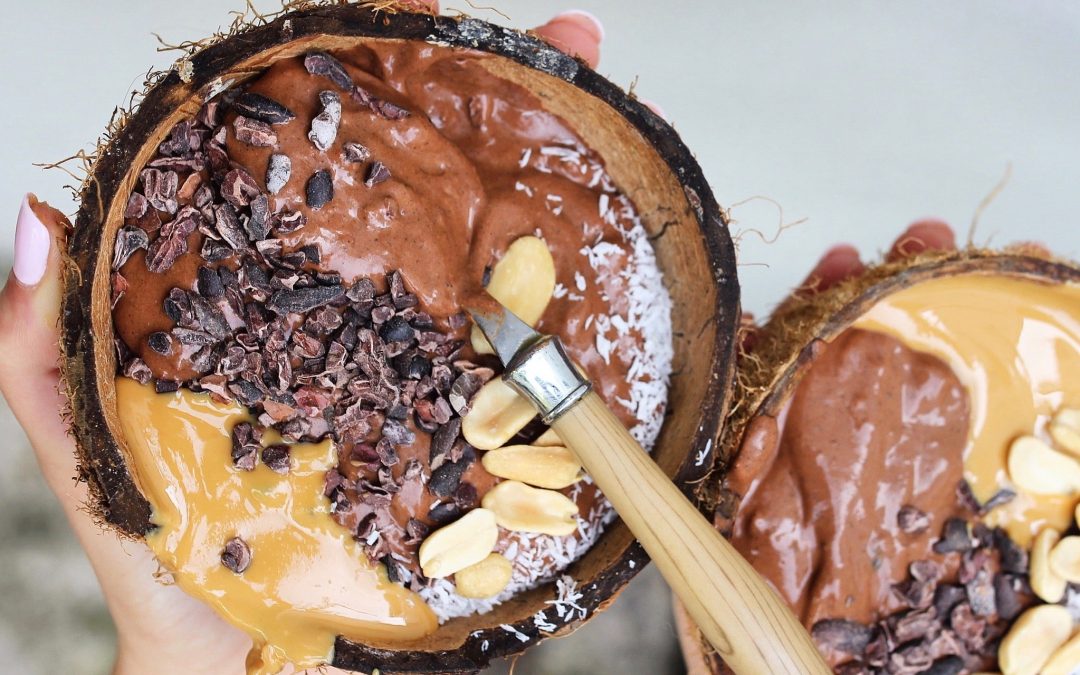 This Mayan spiced nice cream was inspired by our mayan hot chocolate recipe, available in our ebook, The Ultimate Chocolate and Caramel Collection.

For a more ice cream-like consistency, we recommend making this mayan spice nicecream a day ahead, freezing overnight and then leaving to soften in the fridge just before serving.

Want to know more about the health benefits of cinnamon?

This warming, aromatic spice has a number of medicinal properties.  Cinnamon assists with glucose metabolism, particularly with relation to insulin sensitivity, meaning that those with Diabetes Type 2, or pre-diabetes, can achieve better blood sugar control by adding cinnamon to meals where appropriate.

However, less known is that cinnamon helps with digestive complaints, boosts circulation, has anti-inflammatory effects as well as potent anti-microbial properties. This is effective against viral, bacterial and fungal infections (including those resistant to medication).  Some studies using cinnamon oil have also demonstrated food preservative qualities.

Importantly, there are also some promising studies suggesting that cinnamon may assist with cognitive function and contribute to the prevention of Alzheimer’s disease. This is by inhibiting the formation of neurofibrillary tangles, a key feature of the disease. There is also a strong correlation between Diabetes and Alzheimer’s Disease (sometimes even referred to Diabetes Type 3!).  Given the blood sugar regulating properties of cinnamon, this combination makes for a compelling argument to include cinnamon where possible.

Whilst this recipe does not include large quantities of cinnamon, it is an example of where it can be easily added to baking, incrementally increasing intake.

Specific nutrients in cinnamon include calcium and manganese, as well as fibre.

If you like this you’ll love our espresso nice cream!